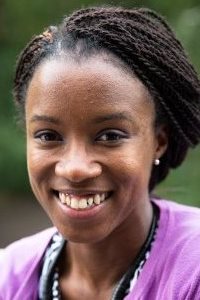 Dean Davis is the Administrative Director of the SAS Honors Program. She is originally a New Yorker, growing up in Buffalo - commonly known as the home of the Buffalo Wing and for its overabundance of snow.  She earned her bachelor’s degree in English from the State University of New York at Oneonta, where she was a high-achieving student-athlete, and her master’s in higher postsecondary education from Syracuse University.  During her time as a higher education professional, she has worked with campus programming, student organizations, student conduct, LGBT resources, orientation programs, and academic advising. Prior to joining SASHP, she spent six years supporting academically talented undergraduates at Temple University in Philadelphia, PA, where she also earned her doctorate in urban education. Her research focuses on the experiences of academically talented Black women in college inside and outside the classroom at urban historically white institutions.  Musu now has roots in New Jersey and enjoys live jazz, performance poetry, theater, running occasionally, and all kinds of food.  She looks forward to helping students find their space within the wonderful Rutgers community!